A Guide to Right of Refusal in Utah 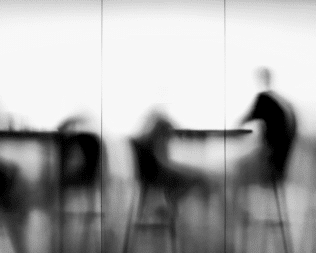 A Guide to Right of Refusal in Utah

What is the Right of First Refusal?

The right of first refusal comes into play when one parent cannot provide personal care and supervision for a child when they are scheduled to be with that parent. In that case, the parent must give the other parent the first right to pick up the children and provide care for them. Instead of asking a daycare provider, babysitter, or another surrogate care provider to take care of the children, the parent must ask the other co-parent and give them the opportunity first.

Common Examples of Parents Using the Right of First Refusal

According to the court-ordered parenting plan, a typical example of the right of first refusal becoming important involves a parent who should be taking care of the children. That parent has an unexpected work emergency and needs to go out of town for an urgent business trip. If the parents had a particularly high conflict divorce, the parent who has to go out of town might be tempted to limit his or her child’s time with the other parent. Unfortunately, sometimes parents can become mean-spirited or malicious and territorial about their custody time. They may want to limit the amount of time the other parent has the kids.

The right of first refusal addresses this scenario. It would require the parent who is going away for the emergency business trip to notify the other parent that they will be away for a certain time frame. The parent who is leaving also needs to ask the other parent if they would like to provide care for their children during the business trip. The other parent can accept the request and take care of the children or deny the request. In that case, the parent going on the business trip would be allowed to leave the children in the care of a babysitter, a grandparent, neighbor, or any other appropriate surrogate provider.

When Does the Right of First Refusal Apply?

The right of first refusal does not require that you notify your co-parent if you are going on a trip to the grocery store on your way home from work. In these situations, it does not make sense to notify the co-parent to give them the right of first refusal. The co-parent would have to drive 15 or 20 minutes or even longer to the other parent’s house, pick up the kids, and then drop them off quickly. Notifying them in that situation just does not make sense. If the children are old enough to be left at home for half an hour, the parent can do so without the right of first refusal applying. Additionally, if the parent has a babysitter watching the children already, here so you can go to the grocery store quickly while the babysitter watches the children for a brief period.

In most cases, parents should notify the other parent if they know they will be away from their children for three or four hours or longer. For example, if one parent is going to be at an important work meeting that runs from 5 p.m. to 8 p.m., the right of first refusal would become necessary. The parent staying late for work should notify the co-parents that he or she can pick the kids up from daycare and spend time with them until the meeting is over. Additionally, the right of first refusal becomes necessary if you will be out of town for several days due to work, a funeral, or any other trip.

Enforcing the Right to First Refusal

(15) Parental care shall be presumed to be better care for the child than surrogate care, and the court shall encourage the parties to cooperate in allowing the noncustodial parent, if willing and able to transport the children, to provide the child care. Child care arrangements existing during the marriage are preferred, as are child care arrangements with nominal or no charge.

David Read practices family law, estate planning, and employment law throughout the Wasatch Front. Prior to working out of his current office, he maintained his practice at the law firm of Strong and Hanni and later at the law firm of Cordell and Cordell. David provides clients with high quality legal representation as he focuses on implementing the most efficient and legally effective strategies. David has been recognized in Utah Business Magazine’s “Utah Legal Elite” and Super Lawyers.

Utah’s right of first refusal is a long name for a simple but important concept in child custody cases. Utah